Friends…Tomorrow will be a big day for me. Tomorrow I plan to send my letter to the Olympic Committee to petition for a new sport to be included in this summer’s Olympic Games. This is BIG stuff.

“What is this sporting event?” you ask. Well, I am asking for it to be called–{wait for it}– “Riding Bikes with Children.”

Because, I recently thought it was a brilliant idea to engage in this clearly insane activity. And let me assure you it is by far one of the most strenuous, arduous tasks I’ve ever taken on.  Ever. 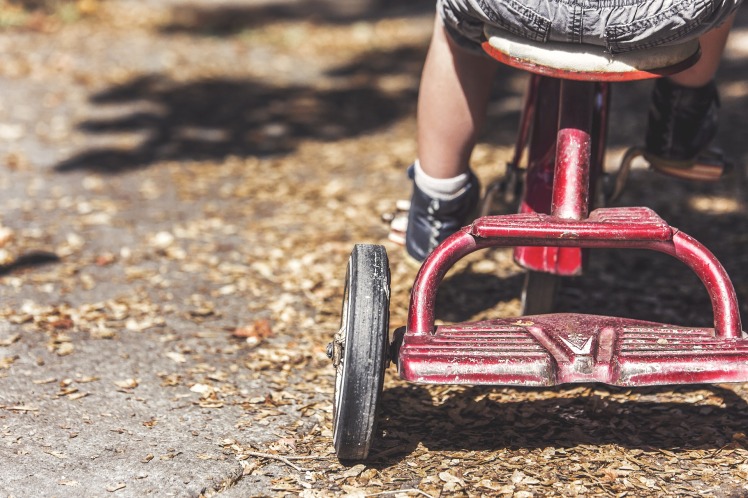 Any woman–or man (because i’m NOT sexist and certain men who are probably NOT married to me and have NOT fathered any of my children)– must possess the patience of a saint and the sheer willpower of every other Olympic athlete who will gather in Rio this summer in order to take on this activity. Also, it may help if they–be ‘they’ male, female, or gender neutral–are slightly “off” in the sanity department.

These children will argue. They will fuss. They will bicker and fight the ENTIRE time over who is the leader, who isn’t in their proper “place” in line, who is going to finish first or last or in the middle…They will argue so loudly that ordinary people walking down the street will stop and stare AS THOUGH SOMETHING WERE WRONG WITH THE WHOLE LOT OF YOU!!!! They will swerve in front of parked cars. They will “accidentally fall off” the sidewalk because they were so busy turning around to make sure their sister was not riding too close behind them. They will slam on their brakes when there is oncoming traffic. They will yell instructions at each other as though they were the boss of everyone else’s skin. For each mother and father (should fathers be crazy enough to enter this event) it will be like hearing your very own voice yelling and screaming at the top of your very own lungs because they will exactly mimic every word you have said at one time or another. It will literally make you want to die because they have swerved and raced ahead of you at mach speed into oncoming traffic like it is their j.o.b.

Every competitor will ask themselves questions like, “Why did I want to do this?” and “Was I temporarily insane to think this was a good idea?” You will question yourself, your sanity, and that of these small people that you purposefully brought into this world. And you will wonder things like, “Why in the name of the holy things did I think exercise was this important?” and “Can’t we all just sit on the couch and eat Doritos and call it a day?”

Eventually, you will pull your two-wheeled vehicle into your garage and promptly usher them all into their beds.   You will tuck them all in–even if they are still dirty and sweaty–just so you can just sit on the couch and drink wine. What you envisioned as a small, lovely, harmless bike ride, will suck all of the life and good parenting skills right out of you.  And when it is all said and done, you will make promises to yourself that you have NO intention to keep.  You will say things like, “That is the last time…” And “Never again…”

And then tomorrow, you will probably….

So, tomorrow, I will ask the Olympic Committee to consider this as an Olympic Sporting Event in Rio. And I will further beseech them to bestow a single, gold medal upon EVERY BLESSED PARTICIPANT because any mom, dad, or caregiver of any sort brave enough to take on such as task and not die of embarrassment or an instant heart attack in the middle of it all deserves a gold medal. 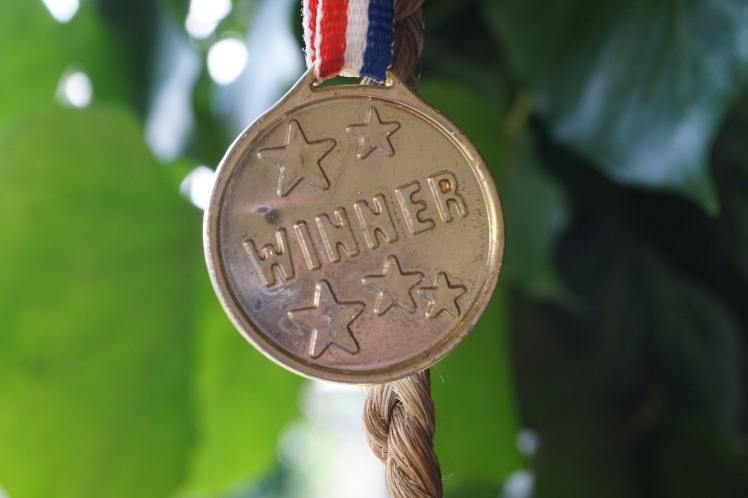 All you mommas of precious children need not apply.  The ones that hold hands and sing archaic church hymns will not be considered for this grueling competition.  This is strictly reserved for those who get excited when they hear the name “John Cena” and those who can lip sync to Jon Bon Jovi’s You Give Love A Bad Name and AC/DC’s Back in Black without missing a beat.  All others must apply for traveling events like the Ice Capades, recreational foosball, and backyard croquet.  A place for your sweet ones has been reserved in these quietly competitive spaces.

So I ask those of you who have birthed freakishly competitive children like mine:

How many of you are willing to sign my petition?