Once upon a time I thought I’d be a world traveller.  I’d join the Peace Corps or spend my  life on the mission field.  I’d build schools and teach in them.  I’d learn languages and cultures and all about the people.  I’d teach them and they’d teach me about their customs and traditions and what it means to be a real part of this one, enormous family better known as humanity.

But then my dream changed.

Once upon a time I thought I’d teach in the inner cities.  I’d reach the kids that so many deemed unreachable.  I’d inspire greatness and instill hope.  I’d teach them about the power of words and help them find their missing voices.  They would teach me about determination, pride, and survival.  And when our lessons were over, they’d stand upon their desks and say, “Oh Captain!  My Captain!” and I would smile because I personally knew the Captain who was merely letting me steer the ship.

But then my dream changed again.

And just like that I was somebody’s wife.  And not just anybody….a really amazing, special, one-of-a-kind somebody.  And his dreams became my dreams and it all melted together as we stared our 1….2….3….4 children in the eyes and realized that all we’d ever dreamed of was wrapped up in those tiny bundles of giggles and coos.  His dreams changed.  And mine did too.  And none of it was what we expected but all of it suddenly made sense because as we looked into those faces there were new dreams and all we wanted in the whole wide world was to help those dreams become reality.

And, together, we are doing just that.

This is a season of changing, unexpected dreams in the Crabb Shack.  There are several roads before us–all laced with dreams we didn’t know we had–and I’d be lying if I said we knew definitively which ones to follow.  There are good, solid options and options that seem questionable now but may end up being better in the long run.  There are safe roads and very risky ones that require a great amount of faith, trust, and maybe even a little bit of pixie dust.

But change often disguises itself as fear and fear is remarkably like quicksand.  It pulls us down and threatens to suffocate us.  It tries to render us paralyzed, ineffective, and unable to grab hold of the blessings that change may yield.

Ultimately, fear is faith in what we think may be, rather than what was intended to be all along.

When we embrace change, we strip fear of its power and place all the power in the hands of the One who orchestrates change in the first place.

Bring on all the change. 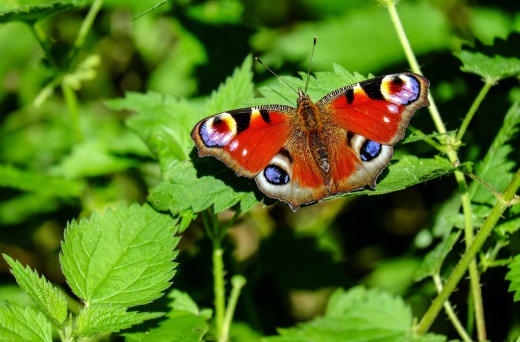